I crammed education for almost 2 years when my girlfriend and I decided to move in together. I considered this a great opportunity to turn my knowledge into profitability. So around 2014 when we moved I was better equipped to make a good financial decision rather than just find a house I liked.

House hacking basically just means some variation of living in your investment. Sometimes people do this with a duplex, they live in one side and rent the other. Sometimes it’s done as a live-in-flips, I did it by living in a foreclosure that I turned into a rental later. My plan was to buy a foreclosed house that was move-in ready, had a lot of value-adds, and I could use the FHA 3.5% down program.

Why this is valuable:

The combination of these things allowed me to move into a house with a lot of equity potential, without putting up a lot of my own cash. It takes time to search for great deals that fit in this category, and not everyone will be willing to move into a distressed home with lots of work to do, but I highly recommend it for anyone who can put it together.

We went hunting for homes and after a few weeks of looking, Nikki found this listing online:

This was no mansion, but not a bad little house and it fit everything we needed economically. Nikki and I wanted to move in together and even though it wasn’t new or fancy it was plenty fine to live in! We chose to make a small sacrifice and not buy a big expensive house that stretches our budget. Instead, we lived in this fixer-upper that cost us FAR LESS than our peers and friends were buying. It was rewarding and profitable, it also allowed us more freedom and sense of accomplishment afterward because of it.

We paid $54,500 for the house, but I knew it was way underpriced and with a little work it would be worth much more. We put a little money into improvements, a fence in the backyard, hardwood floors (self-installed), fixtures, etc. 18 months later we went to refinance and the appraisal came in at $115,000. Because of the equity, I was able to refinance to a conventional loan and drop the PMI, this new loan was also .5% cheaper. So with the discounts from lower interest and no PMI

This was a big deal for me, and was part of the reason just 2 years later I paid for a rental house in cash. Also, I want to note that what I SHOULD have done was finance this house to the maximum the lender would allow me to which would have cost me a little bit more per month, but I could have cashed-out a lot more capital. I didn’t do this because I was scared of a perceived increase of risk. Instead, I have more equity in the house that I can’t use, the opportunity cost is far more than the monthly payment would have been.

I currently have it rented for $950 per month, the total projected expenses with a mortgage is around $750 per month. Thankfully because I have a great property management and rehab parter my expenses have historically been far lower than projected. While this has allowed me to expand my business faster, it’s still important to project expenses properly and not be biased because of a good year or two.

I had to spend a few hundred dollars on repairs before we closed in order to satisfy the lender. This should not be taken lightly. Repairs were done to a house you don’t own can be risky, if you spend the money and still don’t close you won’t get that money back. I was confident this would satisfy our last closing requirements and it was a small amount so I moved forward. 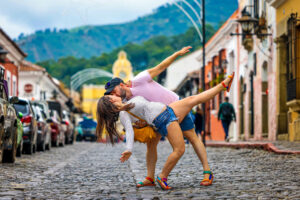