Real estate has been an incredible journey

When I started this blog I had just bought my third single family rental property. I knew at the time I was going to need to document my journey every step of the way, I knew it would be interesting to look back on in 10 or 20 years. The future may be hard to predict in specificity but it was obvious that I was going to have an interesting story to tell and I was going to be able to help a few people along the way.

4 years later, I believe this to be more true than ever.

How did we get here?

What’s your goal? What’s my goal?

This is an important question to ask ourselves regularly. It’s very easy to get distracted by shiny objects or caught up in the rush of making money and find ourselves designing a life that we aren’t really very happy with. When I started buying single family real estate I did so to create passive income for myself, I specifically didn’t want to create a business. I didn’t and still don’t want employees, I didn’t ever want to feel stuck at a day job again,  I like my freedom and being able to travel often and on a whim. Running a business always seemed like a grandiose way of giving people golden handcuffs.

Single family rentals are mostly passive, especially the way I do it: have someone manage them and sit on them forever. They make for a fantastic low effort retirement plan. In 2019 I bought my 9th single family rental and I started to notice some problems in the ability to scale this asset class. You can only get 10 Fannie Mae mortgages and debt isn’t as lucrative for commercial loans, you only get one property per transaction and in 2019 margins on deals had started to slow (it’s far worse now obviously).

Something else had changed too, namely, the confidence I had in myself towards what I could achieve in life.

Multifamily is not as passive, I had to spend a lot more time finding deals, underwriting, raising capital, managing deals, doing investor relations, all of which make it way more of an active job than single family rentals.

Thankfully it’s not a job I hate or feel stuck at, but it’s getting far more difficult to do alone or with the small team I built myself.  Large sophisticated deals require large sophisticated teams and if I want to go any bigger than the 52 unit, then this will no longer going to be a passive retirement plan, this is going to be a career. 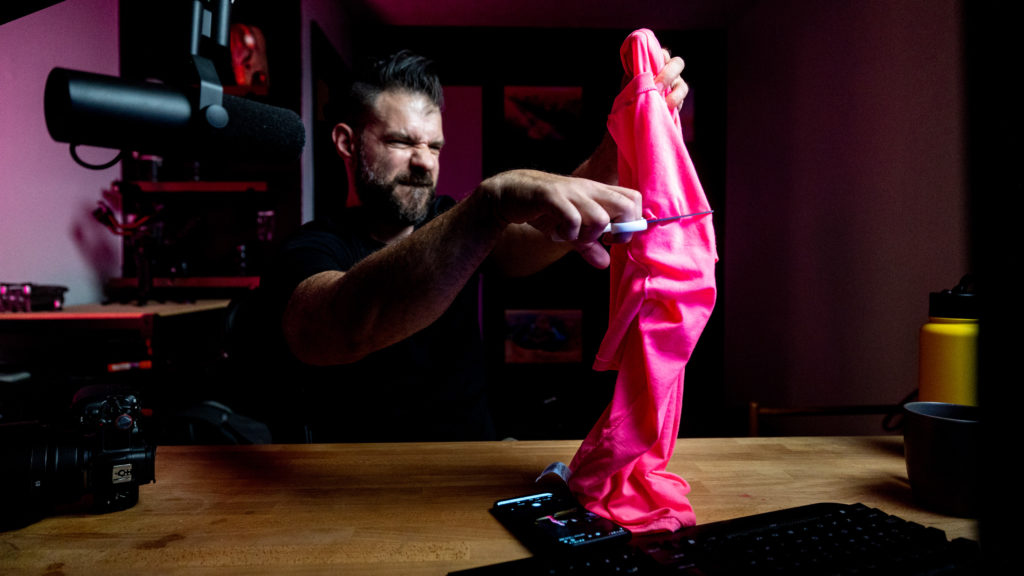 When I bought the last big property I partnered up with the boys at Climb Capital and they helped a ton. They brought a ton of experience, some capital, and better debt terms to the deal.

All through 2021 I searched for deals but couldn’t find any I could close on, this was extremely frustrating. We are also in a time where the asset class I’ve been focused on for the last 3 years: C class value add multifamily is commanding an extreme price premium and the future interest rate environment is not looking favorable.

Climb Capital however has been pivoting to buying RV parks and buying businesses (M&A), both of which I find extremely appealing and I respect their ability to pivot rather than get bogged down trying to force deals that don’t make money. In November they called me up and said “we have more deals than we have money, we have no internet presence, and we need to grow our team, do you want to join Climb Capital and help us with investor relations and being loud on the internet?”

Being loud on the internet is certainly my strong suit, I don’t have any ego problems joining an existing team (building my own seemed tedious and uninteresting), and this would allow me to chase challenges at a scale that I never thought possible when I first started.

I gave this opportunity some time to fester, going slow with big decisions helps me ensure my calculus isn’t being altered by pressure or desperation, and then I agreed. To be perfectly transparent about money like I have been for the last 5 years, I’ll share what this is worth: everyone in the company is taking the same small salary for now, and I will vest into a portion of total company ownership over time.

The only way any of this would work is if I was going to build a company that I would have a permanent stake in. I don’t need the money so badly that I would be willing to build someone else’s company for a paycheck, I need a mission I can believe in and be part of.

How far can you go?

The premise of this blog revolves is about me digging my life out of the gutter of apathy and documenting what I can become over time. I spent the first 31 years of my life broke, making bad decisions, and not investing myself or my future, then I spent the next 7 years taking radical responsibility and putting in focused work.

In that time I was not only able to create financial freedom for myself, I have now joined a company whos mission I believe in and where I feel like a valued partner in a group of very impressive humans. These are guys who have spent a lifetime of performing to an extremely high level, most of them high ranking military helicopter and airplane pilots, all who have more experience investing than me, and now I’ve mostly caught up to them. The guys at Climb out perform me in a lot of areas and they have a huge head start, but on a broad scale we are far closer to equals now than we would have in the past. If they met my former self we wouldn’t have even shared a meal together.

Why do I tell you all this? because it highlights the possibilities that a person can achieve when focused on growth and good decisions. Maybe you don’t want to join a private equity firm, but whatever you want your life to be can be if you invest well in yourself and make wise choices.

Can you imagine what I’ll be sharing in 5 more years?

This website started as a way to share my real estate deals with as much transparency as I could, and other lessons of business and life that I’ve learned along the way. I don’t think that will change much, and new investment opportunities to that come through this site will still be with me, I’ll just be part of a team that has more experience and more resources. We all win