The Creature from Jekyll Island

This book is about the Federal Reserve. It discusses the purpose, the history, and the supposed secrets this central bank of the United States holds. I had been hearing about this book for a long time and it always comes in the same bizarre manner. Someone posts about in an online chat forum as if they just learned something profound about how the world works and usually goes something like “this book is terrifying, everyone should read it”.

If you research this book online you’re likely to find it described as a book by a conspiracy theorist written for conspiracy theorists, supposedly exposing the evil secret motives and influence the federal reserve has. I usually find conspiracy theorists to be under informed but over enthusiastic about their positions. I wanted to read this book to get a clear opinion on what was going on in the text.

First, to be completely fair I went in with the intent to shit on this book but it is much better than I expected. I assumed it would be written by a complete wackadoo with nothing but nonsense but the reality is the book provides legitimate complaints about the federal reserve (of which I do agree there are many). The problem with this book is that it does not create a genuine critique of our system, rather it paints a bleak and futile narrative of our economic system littered with alleged secret motives, fear mongering, and endless propaganda.

The book opens with points that SOUND legitimate to those who don’t understand fiat currency systems like “the federal reserve doesn’t work off any standardized prices so it is effectively always creating money out of thin air”. Yes that is true and for something who is new to macroeconomics this might sound like a scam. The author portrays it like it should be common knowledge that our currency should be backed by some intangible  constant price. He is advocating for the gold standard, which the United States stopped using in 1971.  However, our entire modern capitalistic system is based on the theory that there is NOT a fixed amount of wealth to be traded but that it can be created and destroyed at will. Adam Smith wrote about this in the late 1700’s in a book called “Wealth of Nations” and it’s literally economics 101. What the author has done here is not a fair assessment of the situation or it’s relative benefits or detriments. He either doesn’t know better, or worse, he does know better but assumes the reader doesn’t. 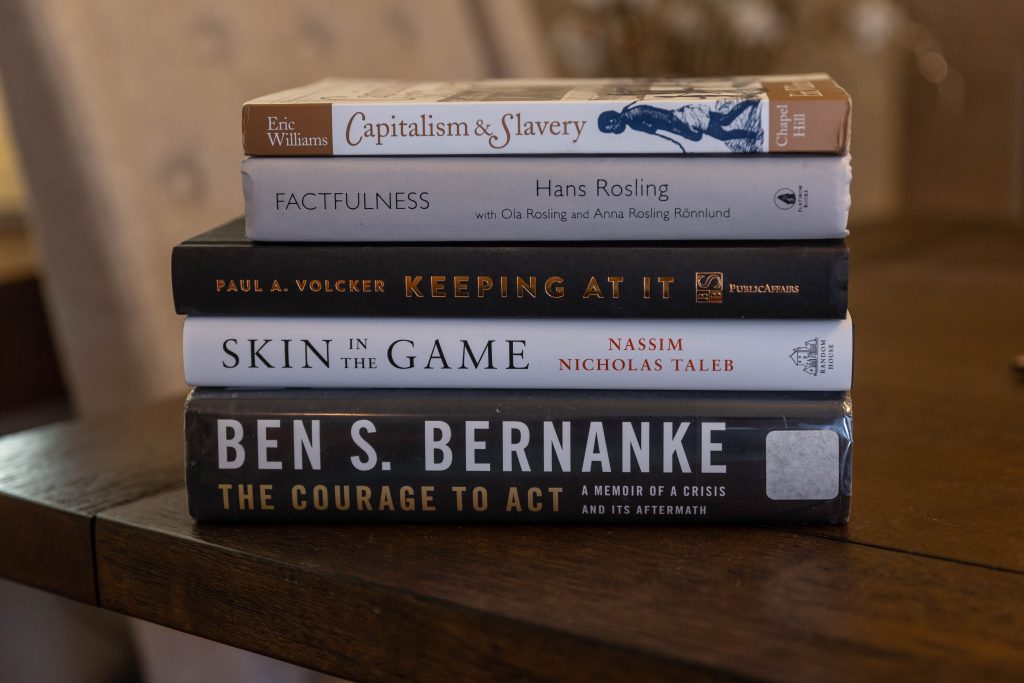 Another frustration with the book comes from it’s heavy reliance on propagandized titles. This book is hardly the only one to do this but the painfully obvious and heavy usage of this tactic deters the reader from learning about the federal reserve and encourages the reader to simply share the authors anger towards the federal reserve. Do you, as the reader want to be told what to think, or would you rather be taught what is going on so you can make your own decisions?

Early in the book the author describes the federal reserve system constantly as a ‘cartel’. For reference a cartel is any group of entities who work together for common profit increases, usually through price fixing. The word sounds very bad as it’s usually associated with South American drug cartels and that’s how most people know the word, it’s blatantly obvious that the author uses this term for this exact context.

There are plenty of examples of cartels around though:

This isn’t to say that cartels shouldn’t be criticized (everyone knows I hate the realty brokerage industry), but context here matters, and the book does not provide it. Instead, it’s used in this instance to build suspicion and disdain for the federal reserve bank without any alternative explanation. Obviously bias storytelling to convey a specific narrative is the definition of propaganda.

The author also claims the federal reserve is secretly using taxpayer dollars to fund bailout loans to foreign countries in an effort to promote global socialism. This, in a grossly oversimplified form, is kind of true. The sad part is the author does not unpack and explain why this happens and what the benefits are. Instead it’s written as if that statement alone constitutes the ultimate bad in the world. In fact the author never once describes what socialism in this context is, how it’s used negatively, or why it’s inherently a bad thing. Maybe he doesn’t know or like before maybe he just assumes you the reader don’t know. Similar to political media the world socialism is used as a boogeyman to scare people and it honestly, it since it’s so effective in politics I assume the author took this tactic and is using it against his readers. Anytime someone is trying to intentionally scare you , you should be suspicious of why.

The ultimate motive of the book is to sell you on the idea of the going back to the gold standard, the Libertarian wet dream. The people who recommend this always cite the fed as being corrupt and anti-capitalist, and as I said I do agree there are legitimate critiques of the fed I think that the logic here is severely lacking. The fact is this: there is no perfect economic system that has yet been created, so this is an argument of the lesser of two evils. The current fiat currency system we have now is far superior to the gold standard, but it absolutely has flaws. If you read this book, you’ll find that the author talks about this as if the gold standard was pure and perfect, and current monetary policy is driven by a secret group of bankers running the world at the expense of taxpayers for their selfish purposes. Now, I find it hard to believe that the world has increased its overall wealth, productivity, and standard of living massively over the last ~50 years without the gold standard and yet our author will make zero mention of benefits to this system. That is a disingenuous and deceitful position to be teaching.

The worst part of all this is that the book is written very well, though that is usually the case with charlatans, so I can see why people get sucked so deep into it. Also, the first ⅓ of it is especially neutral which further makes me suspicious because it seems designed to get people committed. About 40% of the way in, the book deviates from neutral (once you’ve got sucked into the story) and goes into full conspiracy. Instead of the federal reserve being a cartel, he starts to call is a Cabal. Another charged word that sells fear better than legitimate ideas.

For the reader I think it comes down to this: if this is the first or only book you read about the fed, you’re going to buy into it and not have any conflicting information to cross reference. So if you really want to learn about this topic then you should read this book along with a few others so you get a well rounded understanding. If this is all you read then you’re going to have a very distorted view of reality. This book does bring up a lot of good factually correct critiques, but the motive is littered with fear mongering, propaganda, and bias.

Before I read this book I thought it was peddled by idiots and conspiracy theorists, I wanted to read it so I wasn’t incorrectly negatively profiling people. Now that I have read it I’m glad to know I wasn’t doing that.

My advice is rarely to tell you not to read a book, and I won’t do it here. you should read this book, but you should read others along with it to get a well rounded understanding of what’s going on.

Capitalism and Slavery – This book is not about central banking but it is about the change the world made from a mercantile economy to an open trade system where wealth is created rather than a set fixes asset.

Factfulness – The Creature from Jekyll Island will have you believe that every economy in history that used the gold standard was prosperous and debt-free, that claim is hilariously false. It also plays to people’s idea that the world is getting worse, which is also hilariously false. The news you read is telling you all the bad things that happen in the world because fear mongering is profitable (hence, the book in review) but the world in fact is getting much better and a Factfulness is a great entry to learn more in that area.

Keeping at it – Former Federal Reserve chairman Paul Volcker writes his memoir about the economy before, during, and after his time as chairman. Why wouldn’t you want to learn what one of the people who ran this supposed evil cabal has to say about it?

Skin in the game – This book is one of my favorites of all time. Written by Nassim Taleb, this is the book that The Creature from Jekyll Island wishes it could be. It’s a devastating critique of the federal reserve but instead of fear mongering and propaganda it respects the reader enough to provide logic. It also brings forth legitimate solutions for both the central bank and for the reader themselves to deal with the inevitable boom-bust cycles that come with central banking.

The Courage to Act – Written by another former federal reserve chairman. Ben Bernanke is not a lifetime banker in some secret cabal working against the interest of the American public, he is a historian of the great depression who studied monetary policy as a career and in 2007 when the global financial collapse was upon us, George Bush asked him to direct the federal reserve to navigate the calamity.